A facebook punter said '' going to a Mod event now in the main is liking buying your favourite Strawberry Jam only to find when you open it up its actually marmalade'' and thats only any good if you like marmalade!!!

As i said a short while ago - if you opened a bag of crisps badged up as beef only to find they was roast horse meat youde get the hump with it . Or a plain tin that you thought was beens but on opening it turned out to be pease .

Permission to cause some floor friction please Sir John ?   XD

And to Mr Wolf and James - Come join me at Mousetrap , perhaps we could have a burn off or spread our chat amongst the rest ?   ; )

Marmalade and the Dave Clark Five ?!

Permalink Reply by John Paterson on May 25, 2014 at 23:15
Aint nothing wrong with dave ckark five mark though marmalade is an acquired taste!! But worse than even northern soul is a mod who wears denim when he is supposed to know the score. Guess we can all learn someting,denim is for tickets.

Permalink Reply by John Paterson on May 26, 2014 at 0:17
Thats the aussie bit mate,been there and seen it. Lol U Can tell me to shuush at brighton!:-) 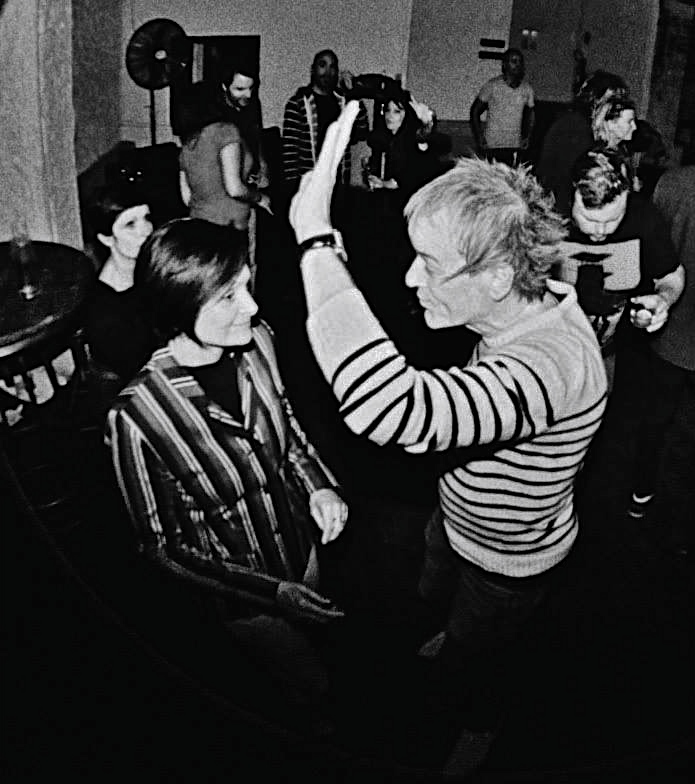 My mum told me the new 'cater for all mod' nights are like a box of chocolates, you never know what you are gonna get.

But those NS shoes do look ever so comfy. Bet you could dance in them all night ;-)

That's a really interesting post. The '79 revival (and 2 tone) was so popular that even at my primary school we debated whether we were mods or rude boys. When you look back at the pictures of that scene, it looks very hastily put together and was more about youth identity than anything too authentic. As you say, by about 1985, either people were a bit 'old' (21  +) or still too young (like me) to know what the best approach was (besides in 1985 I was listening to a lot of prog rock!!! whisper it quietly). By this time, there was a lot of general 60s nostalgia (as the movers and shakers of that era were approaching middle-age and/or passing on knowledge) and more and more music was becoming available through compilations of soul on one side and psych/freakbeat on the other. By the later 80s, many soul boys developed a love of jazz (seen as the ultimate in Mod authenticity) and so the acid jazz thing came about. Because this embraced 70s funk and modern soul, some mods were a little unsure about it to say the least. Also, a whole lot of people born around 1968-1972 got into the original 'indie pop' scene (groups like the Pastels, Biff Bang Pow, Primal Scream), which was a kind of fusion of 60s musical and visual imagery and punk sensibility. Around 1990, the mod scene I think noticed the more 'swinging London'/West Coast styles adopted by some in this movement who were getting bored by indie and looking for something new and mod developed (gradually) a new identity. I think also, because the early 90s were generally a fairly 'anything goes' era of fashion (grunge, crusty, baggie etc), if you wanted to be a mod then you really tried to stand out by doing your research and trying to find the most authentic look possible and the rarest records. This seemed to go on for about ten years until people either moved on to having families or dwindling numbers and the neglect of history by our media meant that various retro/vintage scenes have teamed up to keep us entertained in these troubling times.

Hi guys and cuties ! Been a while since I last got involved in this one and what a top one it obviously is because of how long its lasted . I suppose it shows how passionate we are about it .

For me personally (born in 67), I began listening to and getting a taste for The Jam , Secret Affair , The Lambrettas ,The  Selecter and The Specials during the revival as my older brother (3 years older) had picked up on it and influenced me . I was just a little skinhead/rude boy kid then and didn't really know anything about Mods . I just kinda grew up hearing my mum and dad play stuff like the beatles or elvis and knew the difference between suits and leather jackets in their generation . I didn't even know the two factions clashed in the 60s until the revival when Quadrophenia was made and all the other kids hooked on and spoke about it at school . All of a sudden kids started waring parkas and a tie . I loved the look and the whole buzz that was starting to happen around that time and sold off my huge Bob Marley collection to other kids so I could go to Dagenham market and buy a parka . I felt so proud when I wore it but knew it attracted opposition and trouble . It made me realise you wer either this or that and it just wasn't the done thing to hang with others unless they wer mod . When I left school in 83 I had the chance to buy my first scooter and began going to rallies and club nights to be with so many people with the same interest and felt I belonged to something really special . For me it wasn't really until then that I discovered Northern Soul and loved it and still do . I didn't see Quadrophinia until about 85 I think . It didn't involve the Northern Soul seen at all obviously because of the period it was based on . Does this answer any questions ? Either way I adopted it into my world and still love it except the later more disco sounds it has . To me that's best left for John Travolta and my older neighbour who was a teen in the 70s , out clubbing in flares and blasting it out of his open bedroom window all day long , along with Do the Hustle until hed worn out the grooves on the damn record .

I like to be known as a mod but am I really allowed to call myself one ? We all know what "Modernist" stands for don't we ? I still like the revival tunes and ska/2 tone and have been to see The Specials a couple of times since their anniversary come back . I ware traditional mod clothes but surely that makes me a ticket or a plastic even if I allways try to do my own thing with it within the box to try and be individual from all the others . Isnt mod suppose to be about moving on and not living in the past ? A lot of us also ride traditional mod scooters instead of a piece of modern Japanese technology . Whats that about ? I don't care really , I love the seen and my main thing these days is R & B from the late 50s and early 60s . Ive got my own style of dancing and altho

Ive got my own style of dancing and although based around a Northern Soul style (minus the gymnastics as ide probably break my neck at my age : D  ) , its completely different to anybody else ive seen . Ive evolved it (ive "modernised" it) . Do I have the right to call myself a mod even though it involves Northern Soul ? I invite you all down to Mousetrap to join in and burn some leather or maybe a Northern Soul night in London for a chat and a groove .

P.S. You will find me waring a 3 button suit wherever you see me .

Its the same same, people who fled the scene for the scooterboy way of life, knock the link to the 60's etc....Boring!!  Heard it all before!!!   Boring as fuck......lack of history and dedication!!!