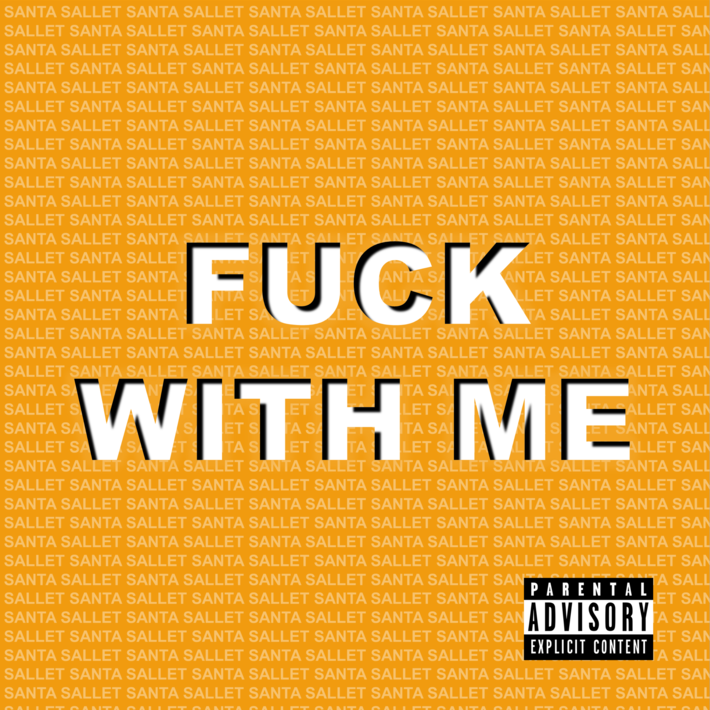 Santa Sallet, real name Yannick Sallet, is a rapper and producer based in Washington, DC.

Nostalgic for hip-hop’s golden era, and inspired by a worldly upbringing, Sallet’s sound is confident, versatile, and playful. Unified by a consistent flow and anecdotal lyrics, his self- produced mixtape “Plutography” is experimental and eclectic, blending salsa beats, southern trap and eastern jazz with classic and conventional rap samples.

Storytelling through rap, Sallet’s first three albums chronicle his failures and successes with money, music, business, and relationships. His first album “C.R.E.A.M”, along with accompanying mixtape Plutography, recounts his journey from broke to financially free. His successive albums “Women” and “R.A.P.”, also with accompanying mixtapes, describe his pursuit of success in relationships and the music industry.

Sallet counts rappers Busta Rhymes, Method Man, Redman, and Will Smith as creative influences. Busta Rhymes holds particular weight - as a child in South Africa, Sallet saw the “Gimme Some More” music video on TV after school and was instantly struck. He soon started rapping, and after enrolling at a French school in Johannesburg, began producing beats with long-time collaborator and French producer Nemizzo. Together they founded Mugisha Sallet Productions (MSP).

Growing up in a rap era focused on stunting and fake wealth, Sallet’s music aims to balance authenticity with ambition and true success - emblematic of similar contemporary artists such as J. Cole and ASAP Rocky. Highly driven by a fusion of creativity, logic, and financial freedom, Sallet dedicates his music to becoming a roadmap for “the hustlers, the people grinding, for the people who want more in life. For the people who want to be smarter, faster, stronger, richer, just more free.”

Born in Roseau, Dominica to a black Caribbean mother and white French father, fluent in French and English, Santa Sallet had a mixed cultural upbringing. By aged 20, the artist had lived in multiple cities and countries across South Africa, USA, and Canada. A songwriter and piano player, Sallet’s childhood was a musical one. His mother, a flutist, often played bassy reggae around the house, and his father, an avid guitar player, always championed Sallet’s talent. Sallet had a knack for poetry, too, winning local and national poetry competitions as a child.

As a businessman and entrepreneur, Sallet follows his father’s advice: “Measure twice, cut once.” The artist’s plan for success focused on building a winning music team, meanwhile playing the 9-to-5 game to see just how quickly he could climb and conquer the corporate ladder. In his own words, “a good leader should learn what it means to be an employee.” Now, with a trilogy of albums in production and an unshakeable drive for stardom, Sallet’s ready for the world to know his name.

This year, Santa Sallet is coming in hot. Check out his recent single, “Fuck With Me”, and sign up for new music updates at www.santasallet.com.