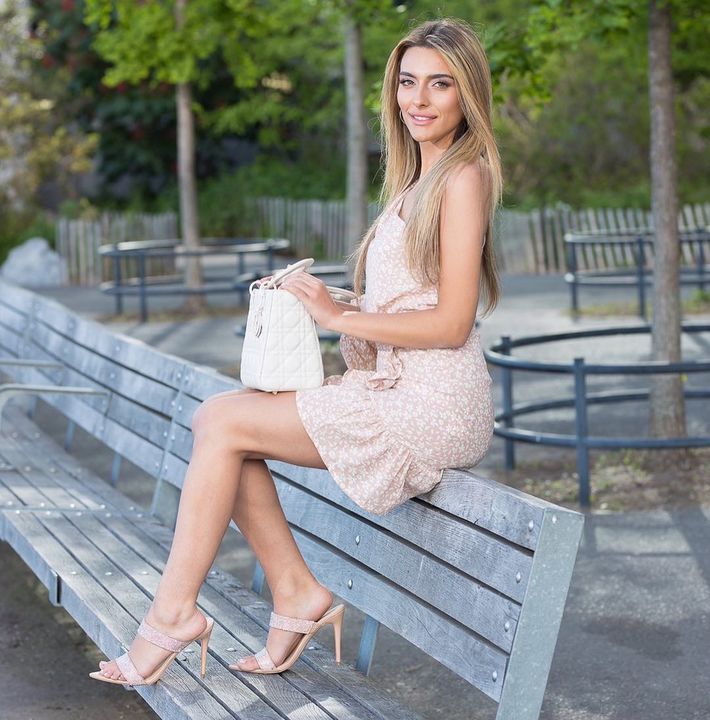 Emily Austin is notably noted for interviewing athletes including NBA players, NFL players & etc. She started a series called, Daily Vibes With and uploads it onto her platforms.

“I started Daily Vibes when I turned 18. I wanted to have a show that was more on the fun side,” said Austin.

Emily Austin is a 19 year old with multiple titles under her belt already but also someone comfortable with everything being thrown at her.

“I’ve always been pretty confident in front of cameras because I’ve worked as a model and have been in films before,” said Austin.

Austin grew to a strong online presence through her Instagram and Tiktok. While growing her online presence, her notability grew as Austin was able to land roles in the films: ‘Isn’t It Romantic’ (2019) and ‘An American Pickle’ (2020).

Austin’s work has brought her opportunities to work with many brands and be seen in magazines as well as billboards. Austin still has goals and ambitions she would like to reach once the pandemic has ended:

“Hopefully once this ends and arenas can reopen, I definitely see myself working with an NBA franchise. I’m going to continue modeling, and continue filming as I do now”.

She says her career move into the world of Sports Journalism begin when everyone was quarantined.

“Instead of doing nothing like most 18 year olds, I decided to take the opportunity of everyone being at home to interview these athletes,” Austin said.

Austin is an Actress, Sports Journalist, Model and social media influencer but most importantly a self driven individual that is focused on goal achieving everyday.

With her notability rising and show taking off she has been able to connect with the likes of: Mitchell Robinson from the New York Knicks, Enes Kanter from the Boston Celtics, Ben McLemore from the Houston Rockets, former All-Star Carlos Boozer, and NFL player Zach Banner.