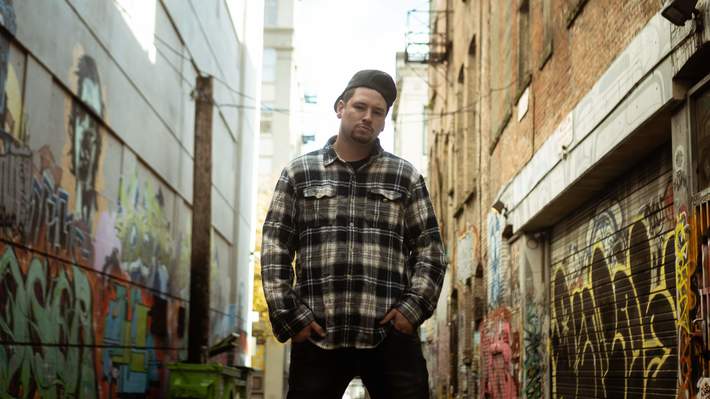 Heath Cherry better known for his stage name Hard Trix, is a Canadian rapper/ singer and songwriter. He was born in North Vancouver, British Columbia. Growing up was a challenge, he found it hard to fit in during his elementary years, ended up getting kicked out due to fighting other students, which led him to be home schooled . Where he lived with is mother and two brothers. He started highschool which was more of a challenge because he started struggling with alcohol and drug abuse. Where he ended up being admitted into the hospital many times due to the substance abuse. Towards the end of highschool, he just barely scraped by graduating. But he finished highschool and graduated in 2012. He knew he needed a postitive way to express his feelings. Than he started beatboxing and not long after he started writing lyrics to any beat he would listen too, first it started with unproffessional songs for fun in his basement, not long after he knew that he was destined to make music. And started professionally recording. He found this platform was the best to get his message across and to cope with his struggles with substance abuse.

HIs first album “High and Low” was released in 2013. Which gained quite amount of attraction. People were very inticed by his catchy flow, his impeccacble lyricism, and the style of his wordplay. Stroker Deluca produced all the beats , mix and mastered the alum. While Heath himslef wrote the lyrics and hooks,.

His very first music video was “my own thing” which reached a ton of publicity on multiple social media platforms. Reaching over 200k in views on youtube. In 2017 he than released his second album, named Bad Habits featuring many other talented artists such as producer Stroker Deluca, his good friend David Tunneld (Tunnel Vision) and many more. After his album he has been focusing on dropping many singles frequentley along with many music videos as well. His most recent music video and single “Living just Right” just released in August 2020. has been gettig alot of attention from people in the music industry. He is now determand to staying focused on releasing hit singles/music videos. Also working with people in the industry on getting his work on famous hip hop/rap blogs and sites. He is working on stayig on path of sobiety as well to set a good expamle for his son that will be born in November 2020.