Give Dashing Darius Drewe a Gift 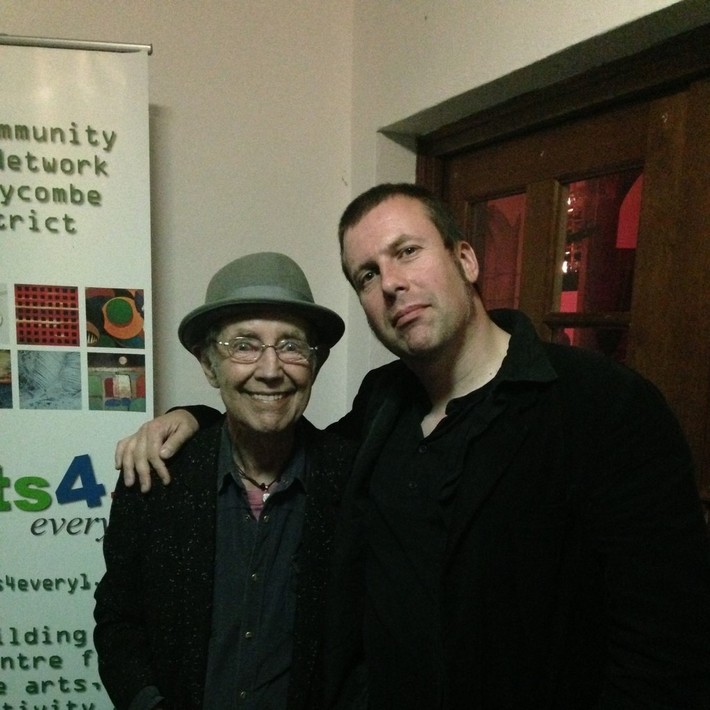 Dashing Darius Drewe has not received any gifts yet

About Me:
I'm a dj of some twenty odd years experience (recently castigated by the snobs- ouch- for daring to play some tunes out on...wait for it...CDS!! Well, I neither have the money nor the space anymore to collect those tunes on vinyl, and it does my back in transporting them from Bumpkinland, where I moved to simply to find a place big yet cheap enough to store the records I DO own, to London and back, so...DEAL WITH IT!!) Also a contributor (against my better judgment) to Shindig! magazine, the New Untouchables website, Get Ready To Rock!, Uberrock, and writer of liner notes for Nucleus Films and other DVD companies. Also contributor to superb tome 'The Shrieking Sixties', interviewer of various horror, scifi and exploitation personages, and above all, WRITER OF HORROR FICTION!!! Recently released from tedious thankless dayjob as band promoter at Arts4every1 Centre, High Wycombe (although I did get to work with some heroes, including the much-lamented Noel Harrison: see photo, and by the way, that's me on the RIGHT) However, even though I no longer promote, I'm STILL involved in live music- and am involved in staging, for my 40th birthday bash, the following event: THE SORROWS (FEATURING DON FARDON) PLUS THE AARDVARKS AND OF ARROWE HILL @ CAMDEN UNDERWORLD, JAN 26 2014. SEE EVENTS PAGE FOR DETAILS!!

Favourite Types of Clothing
Tweed, pinstripes, cravats, kipper ties and flares in the true Wyngardian stylee: tank tops, desert boots, chelsea boots, rollneck jumpers, Grandad shirts and lots of mauve and purple things- when not in my Robin Askwith denim casuals!! And, as always, "I've got me Parka" Shame it's a shit song though. Bizarrely, since I 'ad me 'air cut, I've tended to look very Suedeheady, with wide collared purple shirts, a green Harrington, black cords and the occasional trilby, but my favourite styles of music are STILL UK psych, prog, glam rock and modern/free jazz, so I'm buggered if I know what I'd call me. Confused perhaps?

Favourite Shops/Sites
Most of them closed down ages ago!! But any retro or vintage shop will do as long as not overpriced. Victoria and Albert Vintage, run by a friend of mine. For second hand records, Flashback (London) Ra Ra Rock (London) Casbah (London) Counter Culture (High Wycombe) Snupees (Bournemouth) and The Diskery (Birmingham) For DVDs and CDs: www.amazon.co.uk, www.networkonair.com, and for T-shirts, www.oldskoolhooligans.com, www.soultees.com and www.nightchannels.com (Note To Bernie: the last named are based in the US and are thus frigging expensive)

Favourite Club Night
Mousetrap, Crossfire and Le Beat Bespoke of course!! Alongside Heavy Load, Junkshop, the sadly defunct Love Me Do, the Shindig Happening Club and until recently, Night Of The Long Swords (RIP). Other great defunct clubs include Tapestry, California Love, Lordy Lords, Glam Racket (before the twats got hold of it) and Eyes Wide Open (Glasgow) Plus, of course, anything I run!!!

Favourite Event?
Crossfire, Horror-On-Sea, And the Canterbury Fayre when it existed.

Fave things about ‘The Scene’
The fact that it looks like the clubs from all my favourite British arthouse, horror and exploitation movies from 1965- 75. At least when it's done right it does- I DESPISE Dalston, Hackney and Stokey with a vengeance, and find them about as psychedelic as my arsecrack!!! Plus the friendship, music and camaraderie, and the fact that being an out of towner, I like clubs that stay open til 7 so I can get home in the morning.